The Future of Digital Transformation: Technology Considerations for CIOs 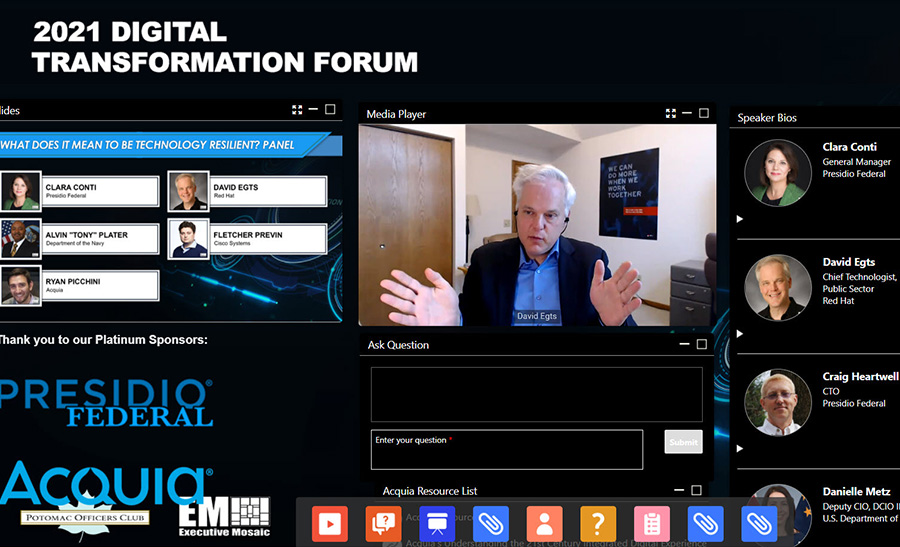 The way organizations handle data affects all aspects of the enterprise, from resiliency to recruitment to security. Modernization, through a process of digital transformation, allows organizations to harness the power of data and use it to their advantage.

This topic—particularly as it pertains to the Department of Defense and Department of the Navy—was the focus for the Digital Transformation Forum hosted by the Potomac Officers Club on August 10. The event featured Presidio Federal GM Clara Conti and CTO Craig Heartwell, with a keynote address from Danielle Metz, Deputy CIO for the U.S. Department of Defense (DoD) Information Enterprise.

Metz outlined her vision for streamlining DoD infrastructure using IT and cloud capabilities, highlighting the imminent threats driving modernization and what initiatives are underway to address them. The overarching goal? To turn data into actionable information and ensure the warfighter receives capabilities at the speed of relevance.

“As we do the work of modernizing the department’s digital infrastructure, we hit many roadblocks, but we don’t let them stop us. We learn from our setbacks and look back at our path to identify what we must change to be more successful.” – Danielle Metz

Place your bets—where will technology and business flourish?

Conti kicked off the conversation by asking panelists, “Where are you placing bets on technology and business areas that will impact a continuous change over the next decade?”

Egts noted the importance of open platforms, particularly in unexpected scenarios such as a global pandemic. “It’s the thing that stays the same so that everything else can be different,” he said.

Pacchini brought up the need for applications that support the employee experience, such as digital workspaces and collaboration tools. He also spoke about the emergence of low-code technologies to help overloaded IT centers build out applications.

“That work needs to get distributed to folks who aren’t traditionally IT but might have IT curiosity in that first wave,” Pacchini said. “I know that’s a bit of a scary thing, but the volume of work is eventually going to need to move outside the core center of excellency.”

Mitigating the risks of new technology

Noting that cloud can alleviate financial risk by shifting away from capital investments toward more controllable operation costs, Conti asked, “What other potential non-obvious risks would you warn DoD CIOs about, and how would you recommend mitigating those risks?”

Previn brought up the challenges of attracting and maintaining talent. “If we’re not getting after that in a meaningful way, it creates a borderline dangerous skills gap,” he said. “It’s easy, if you’re a CIO, to get totally focused on some expensive, high-profile transformation project. (But grand ideas will go to waste) if the WIFI’s not good, and the help desk’s not good, and we’re giving people devices that are hard to use.”

On a similar note, Plater stressed the importance of mitigating inoperability performance risk. “Everything we’re talking about—innovation, change, resilience—people play a big role. At some point, everyone’s touching the keyboard,” he said.

The best of the rest

“I’ve said it before—I think we’re in a renaissance time in federal contracting. It’s a very exciting time for all of us.” – Clara Conti

“IT is the daily reflection of what the organization thinks and feels about its people. If we believe that’s true, then how well we’re doing our jobs is not trivial—it’s core to a high performance culture and environment. We spend a lot of time thinking about technology as a driver of culture change.” – Fletcher Previn

“People from the private sector will go in and talk to public sector counterparts. The public sector folks say, ‘These are really cool technologies, but I have absolutely no time to do it. We work seven days a week to keep the lights on.’ In order to innovate, you must first automate. You need to automate away all that toil and drudgery.” – David Egts

“I’m always trying to make cybersecurity an ‘enabler’ and not seem like an ‘impediment.’ As you try to modernize and innovate quickly, you always have to account for security. Sometimes from a culture perspective, people think of security on the back end. Then when they think of it on the back end, they see it as a delay to where they want to go. I’m trying to change the culture in many areas to make sure we account for cybersecurity up front.” – Tony Plater

“If you think about people in their personal lives, they can find the vast majority of information they need about any task. They can sequence out what the need to know and do at each phase. I think that behavior has translated into our work environments. If we can’t get information (that we need), there’s a level of frustration. The idea of transparency within our culture has changed vastly in the last 20 years. That level of transparency needs to take place when you’re trying to adopt new technology.” – Ryan Picchini 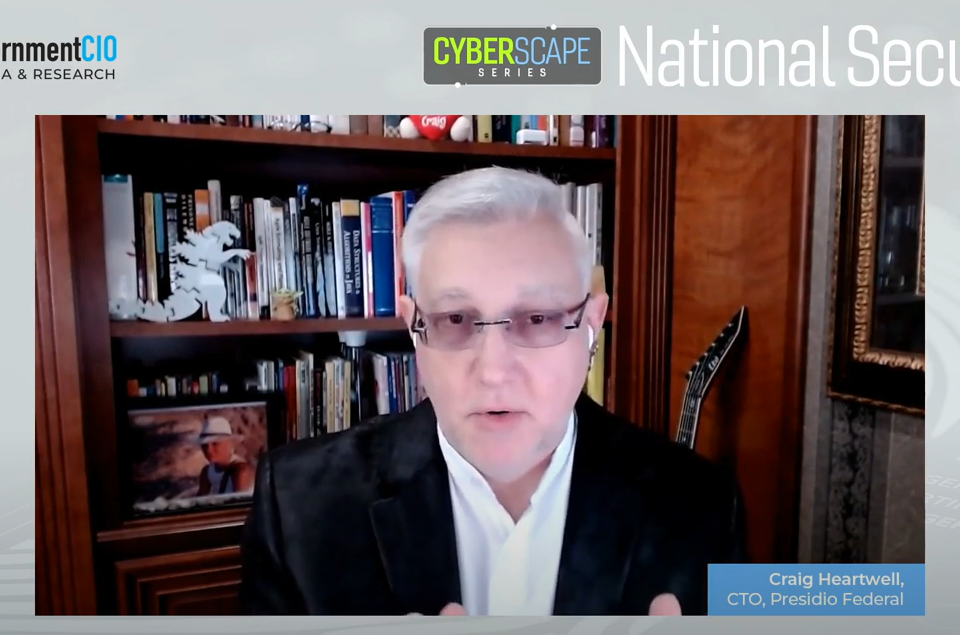 Code42 Incydr(tm) Gov is a FedRAMP-authorized SaaS solution that proactively manages insider risk by protecting sensitive and strategic files from exfiltration. It brings together three dimensions of risk to quickly and accurately detect and respond to insider threats with unrivaled simplicity, signal and speed.

LiveAction develops IT visibility, analytics and diagnostic solutions designed to simplify network management. Our two different platforms, LiveNX (the Network Experience) and LiveSP (the Service Provider Experience) were each built by teams of subject matter experts to focus on delivering key functionality to our users. 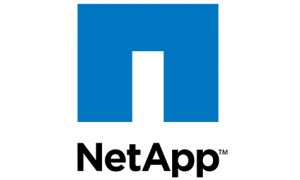 Helps ensure your data is always on, always available, and easily consumed. Deliver a unified data experience across the world’s biggest clouds, private clouds, and on premises. NetApp offers proven capabilities to build and manage your data fabric. NetApp customers are thought leaders who recognize the value of digital transformation. 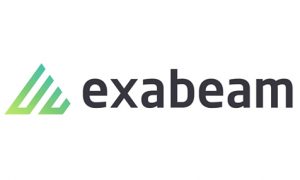 Founded by seasoned vets of cybersecurity realizing that the change in the threat landscape for the security industry was also an opportunity. Exabeam’s mission is to light the way and unleash security teams and organizations by removing the obstacles of outdated tech, rigid mindsets, and talent shortages to make security success the norm. 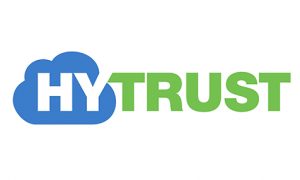 Hytrust’s mission is to mitigate the risk of catastrophic data center failure and data breaches — especially in light of the concentration of risk that occurs within virtualized and cloud environments. Organizations can now confidently expand virtualization to mission critical applications and take full advantage of the cloud.

Radware is a global leader of cyber security and application delivery solutions for physical, cloud, and software defined data centers. Its award-winning solutions portfolio secures the digital experience by providing infrastructure, application, and corporate IT protection and availability services to enterprises globally.